Hi I’m Jane Finch and I live in UK in the summer, and with a name likethe Finch have to be a snowbird and spend the winters in Spain.

I have always needed to write. I remember at school sneaking to the far end of the playing field at break times with paper and pen and just scribbling down short stories and poems. 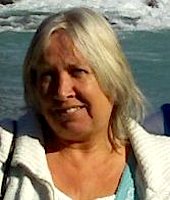 When I was sixteen I won a national short story competition, and that encouraged me to keep writing. Various projects and stories accumulated in a desk drawer until my son was born. He was severely bullied at school and I was steered into writing about bullying which I tackled by writing stories about the animal world. All of my children’s stories deal with life issues such as bullying, racism, and the importance of teamwork.

I joined several peer writing groups, reading other writers’ works and critiquing as well as submitting my own work for critique. I also took a creative writing course with the Open University which helped me to become more organised in my writing.

I then wrote an adult novel, a crime/thriller, The Black Widows. My next adult novel, Curse of the Dogwood, was published as an ebook in June 2014. I have just completed two further novels which have been submitted to my agent in New Zealand who is also now representing my children’s novels.

I wrote Curse of the Dogwood nearly thirty years ago whilst exploring the hills around Roanoke in Virginia. I came across a cottage on the side of a hill, it looked perfect from outside, but inside it was oppressive and had an overwhelming feeling of sadness. That evening in the hotel room I wrote the outline for the story. Now the hunt is on to find that house and see if it is still standing, and whether it is now a happy house.

A local newspaper in Roanoke has run the story, and here is the link.

It wasn’t until I moved earlier this year that I came across the outline and wrote the story.

I spent twenty-five years working in English law, always day-dreaming of the time I might be able to give up work and just write.  Now that is what I am doing.  I have had seven published novels, and working on two more, with a few more ideas swimming about inside my head.