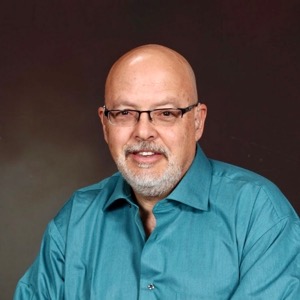 I taught elementary and middle school for 28 years until a severe hearing loss forced me out of the classroom. I just couldn’t understand what my sixth grade students were telling me. So in 2001, I took disability and taught myself to write. Subsequently, I’ve written over 80 print articles in magazines like Highlights for Children, Writer’s Digest, Hearing Health, The Los Angeles Times, and The Jewish Journal, to name a few. I also wrote four novels which I will elaborate upon as follows:

The Abduction of Joshua Bloom

I had a dream one night. I woke up before dawn with the entire dream fresh in my mind and jotted down notes. In the morning I turned it into a short story. I showed the story to a friend and he said, “This is an outline for a novel. Why don’t you write it?” So I did.

Originally released in 2002 by Adventure Books. Unfortunately, the publisher went out of business two years later. Since then I’ve been trying to find it a new home. Because of my Koolura success with Solstice, they agreed to look the manuscript over. They loved what they read and published the book on June 3, 2014.

Synopsis: A high school track star is abducted by an alien race who justify their act in an attempt to save their people, Joshua finds himself in a world dominated by women, and men are subjugated to their whims. explores strange worlds, travels to a dinosaur world, visits a water planet, and a world doomed by a star about to nova, uncovers genocide on a planetary scale and is thrust into extraterrestrial politics that decides the fate of an Earth on the brink of war or unification.

This was a book that a publisher actually requested I write. Once the book was finished, they changed their editorial policy and decided not to publish fiction. I contacted about 35 publishers and agents before Royal Fireworks Press picked it up two years ago and was published February 2012.

After a traumatic sudden loss of my hearing, I wondered what it would have been like if I became deaf at age 12 rather than as an adult. So I created David Rothman, a teen prodigy violinist, and followed his life from success at Carnegie Hall, playing for the Queen of England at Buckingham Palace and his life between the deaf and hearing worlds until high school graduation. The book won Honorable Mentions for the Hollywood Book Festival 2012 and Paris Book Festival 2013.

Synopsis: A violin virtuoso is plunged into a deaf world, necessitating him to adapt to a new culture and language in order to survive.

David Rothman is an overnight success. He performs Tchaikovsky’s Violin Concerto with rave reviews attracting the attention of the Queen of England. His future is laid out for him like a well-lit freeway. Then, on his twelfth birthday, David suffers from an irreparable hearing loss, plunging him into a silent world. How will David communicate with his friends? What about school? Where does his future lie? The novel shows how an adolescent boy copes with deafness.

This was sent to over 165 agents and publishers before Solstice Publishing fell in love with it and published it on March 2012. It’s the perfect example for writers to never give up. If you believe in yourself and your talent, never cut yourself short.

My daughter, Channie, inspiredit when she was in sixth grade. She decided she didn’t like to read. I asked her, “If I write about a super cool girl your age, would you read that book?” She agreed. The book was finally published 15 years later when my little girl had a daughter of her own. And guess what? Channie read the book.

Synopsis: The story of a sixth grade Armenian girl and how she obtained the cool powers.  She has the ability to dematerialize at will and reappear where she chooses. She can move objects with her mind and she can even defy gravity! But will these powers be of any use in stopping a stalker intent on her destruction?The stalker is determined to retrieve Koolura’s unrealized cool powers and hurt any of her friends who get into his way. As the hour approaches for Koolura’s final confrontation with her nemesis, she may finally find vengeance to the man who killed her mother.

OnceThe Legend of Koolura was doing well, I submitted Koolura and the Mystery at Camp Saddleback, which went through the publishing process like a kid falling down a slide.

It was published by Solstice Publishing November 2013. It is the second in the Koolura Series about a pre-teen girl with amazing psychic ability.

While visiting my daughter, Koren, at the University of California, Santa Barbara, we stumbled upon a lake and nearby sleep-away camp, where I got the brilliant idea for a plot involving Koolura.

Synopsis: Koolura has the ability to teleport, levitate, heal, and even fly. But at Camp Saddleback Koolura wakes up drained and powerless. Who or what has stolen her psychic powers?

Other interests / hobbies I have

I make sure I work out at a gym or jog about 5-6 days a week. This keeps my body healthy and my mind alert. My favorite running site is Lake Balboa. There I got many ideas for my books as I plotted them through or needed plot twists during the writing process.

Where I can be found online:

Koolura and the Mystery at Camp Saddleback